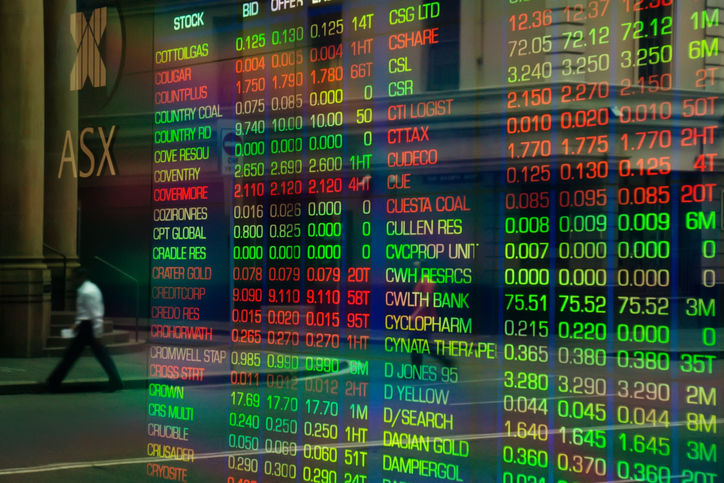 The following article was published by Lexology on 9 November 2021:

On 14 August 2021,[1] the Federal Parliament significantly amended the legislative provisions which require a disclosing entity[2] to pay a penalty or compensation when it breaches its obligation to make continuous disclosure.  Under the amended laws, a disclosing entity is liable to pay a pecuniary penalty or compensation only if it knew of, or was reckless or negligent as to, the materiality of the information to the price or value of its shares.

The new civil penalty provisions have now been in force for approximately 3 months.  The drafting of those provisions was relatively compressed, and the provisions involve new legal tests (at least in the context of continuous disclosure).  As such, this article takes the opportunity to provide a summary of the new provisions and to reflect on their potential impact for disclosing entities and their boards.

The context of the reforms: the rise of shareholder class actions

Critically, the continuous disclosure obligation is at the centre of Australia’s regime for the provision to the share market of price-sensitive information about ASX-listed entities.  Where it applies, the obligation requires an entity to assess the materiality of emerging, non-public information about the entity, and, if it is material to the entity’s share price or value, disclose it to the market.

At its core, the obligation requires the entity to make a judgment about the “materiality” of the information.  The assessment of materiality is a contextual one, having regard to the entity and its affairs, the extent of publicly available information about the matter, and any previous announcements made to the market.

For some time, the stakes have been high for an entity which fails to comply with its continuous disclosure obligation.  In what has been described (although not without controversy) as an “explosion” in shareholder class actions, a number of listed companies have faced multi-million dollar claims for compensation by shareholders who, having allegedly acquired shares at a time when their price was inflated by a failure to disclose information, seek to recover the loss they have incurred after the true position becomes public knowledge.

The previous “objective” test – prior to the reforms

The recent reforms, in seeking to curb shareholder class actions, have fixed upon the legal test of materiality under each of sections 674(2) and 675(2) of the Corporations Act 2001 (Cth) (Corporations Act).  Those sections require that a disclosing entity make disclosure of information which “a reasonable person would expect … if it were generally available, to have a material effect on the price or value of” securities issued by the entity.

For the group members in a continuous disclosure class action, this “reasonable person” test appeared to present a relatively low threshold.  It required proof only that a “reasonable person” would have expected the information to have a material effect on share price or value, and not that the entity actually knew, or expected, that it would have such an effect.

The practical significance of the “reasonable person” test is apparent from the decision in James Hardie Industries NV v Australian Securities and Investments Commission [2010] NSWCA 332.  The non-disclosed information in that case was the fact that a subsidiary which held the last remaining actual and potential asbestos liabilities of the James Hardie Group would be transferred out of the Group.  At first instance, Gzell J in the Supreme Court of New South Wales held that the appellant, the holding company of the Group, had contravened section 674(2) by failing to make that disclosure.

The appellant sought to overturn Gzell J’s finding, arguing that the board had “carefully considered” its disclosure obligations and decided that it did not have to disclose the transaction (at [460]); and that “there was no basis for His Honour to reject the soundness of the Board’s commercial judgment and that of others who participated in the decision” (at [526]).

However, the NSW Court of Appeal found that the Board’s commercial judgment was not determinative (at [527]), holding that:

“The matters a company takes into account and the reasons it has for deciding that information is not disclosable may be relevant, in that they provide part of the factual matrix in which the determination of materiality has to be made.  However, the company’s deliberations and ultimate decision are not determinative of whether information is material.  That is the Court’s decision after an evaluation of the whole of the evidence”.

In the result, the board’s commercial judgment at the time was not enough to exculpate the company from liability for breach of the continuous disclosure obligation.

The new laws – where they do and do not apply

Under the amended laws, a disclosing entity will not be liable to pay compensation or a pecuniary penalty for a breach of its continuous disclosure obligation unless it knew, or was reckless or negligent with respect to, the materiality of the information to the price or value of its shares.

However, where ASIC issues an “infringement notice” (an administrative mechanism requiring the entity to pay a monetary sum) or brings a criminal action against the entity, the previous objective standard continues to apply.

The new tests for civil penalty proceedings in relation to continuous disclosure – knowledge, recklessness and negligence – introduce a number of complexities, and their operation has not yet been tested in the courts.

First, there is no definition in the legislation of any of the fault standards.  It therefore appears that courts will be left to reach an interpretation of those terms against the background of the common law.  Earlier, temporary amendments[3] had specified that “knowledge” and “recklessness” had the same meaning as in the Criminal Code, but those definitions have been removed in the permanent form of the legislation.

Secondly, the application of the tests of knowledge and recklessness to the question of the “materiality” of the non-disclosed information may well give rise to difficulties.  That is because the “materiality” of information (which is at the core of the continuous disclosure obligation) is a factually sensitive and nuanced question.  Until a matter is the subject of judicial determination, the application of the tests of knowledge and recklessness will remain uncertain.  For example, it remains to be seen whether a board would have to be reckless as to the entire process of determination in order to breach the continuous disclosure obligation; or whether a board will be able to escape liability for breach by engaging in a rudimentary balancing assessment.

Lastly, and perhaps most ambiguously, the third fault element, “negligence”, appears strikingly similar to the former, “objective” test.  That is because it seems likely that, in determining whether the corporation has exercised reasonable care, the Court will be required to apply the standard of an ordinary reasonable person.  It is therefore not clear whether the new laws will, in fact, change the outcome of civil penalty proceedings.

Depending on the answers to these questions of statutory interpretation, the practical effect of the legislation may well be to change the areas of contention in a litigated compensation or pecuniary penalty proceeding.  At least in the shorter term, however, the most likely effect may be to make it more difficult for disclosing entities to determine the extent of their exposure to civil penalty proceedings.

One possible practical implication for disclosing entities is to increase the importance of carefully recording board deliberations with respect to continuous disclosure.

Prior to the amendments, it was clear that a board could not escape liability by pointing to its own deliberations regarding continuous disclosure.  Returning to James Hardie, discussed above, it was said by the Court at [527] that “[e]ven if there was no other evidence apart from the company’s own deliberations”, it would remain a matter for the trial judge “to evaluate whether information [was] material so as to require disclosure under s 674”.

In contrast, under the new laws, the knowledge and recklessness elements which have been introduced may well have the result that evidence of the board’s deliberations (or at least its reasons) becomes highly relevant.

That said, boards remain well-advised to pay careful attention to the requirement for continuous disclosure, not least because infringement notices and criminal prosecution continue to be available for failure to comply with the old objective standard.

The effect of the new laws on directors

An individual director who is “involved” (as defined in section 79 of the Corporations Act) in a disclosing entity’s knowing, reckless or negligent failure to make continuous disclosure also contravenes a civil penalty provision, and may be ordered to pay a compensation order or a civil penalty: see sections 674A(3) and 675A(3).

The duty of care and diligence

ASIC may issue an infringement notice to, or prosecute, a disclosing entity which fails to meet its continuous disclosure obligation under section 674 (or section 675 for an entity which is not subject to a relevant listing rule).

Therefore, a director who fails to exercise due care and diligence in participating in a disclosure decision – with the result that the company is exposed to an infringement notice or criminal prosecution – may be found to have failed in his or her duty to the company.

It follows that directors of a disclosing entity will still need to take steps to ensure that the entity discloses information where a reasonable person would expect the information, if it were generally available, to have a material effect on the price or value of the entity’s shares.

Due to the risk of ASIC enforcement (by the issue of infringement notice or criminal prosecution), boards will still be required to approach their continuous disclosure obligations with rigour and caution, and directors should likewise continue to take care to comply with their individual duties.  We also suggest that, in light of the new “knowledge” and “recklessness” tests, boards may, now more than ever, benefit from carefully documenting their deliberations (or at least their reasons) with respect to decisions concerning continuous disclosure.

Otherwise, the main short-term change to the legal landscape may well be increased uncertainty associated with continuous disclosure class action proceedings, which is likely to last until the issues referred to above are clarified by the courts.

[2] In addition to ASX-listed entities, certain other entities (including certain unlisted entities) are required by the Corporations Act 2001 (Cth) to make continuous disclosure.  This includes, for example, bodies which issue securities to 100 or more persons pursuant to a disclosure document under Chapter 6D, and bodies which issue foreign passport fund products to 100 or more people residing in Australia (see the definition of “disclosing entity” in section 111AC of the Corporations Act).