If There Is A ”New Normal”, Does That Mean You Can Terminate Your Commercial Lease? 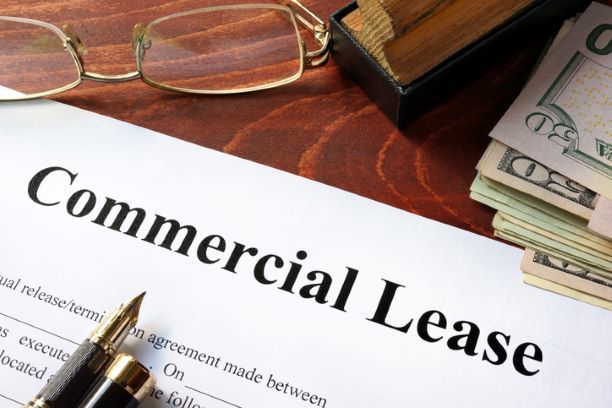 The following article is published in the Spring 2020 issue of The Australian Corporate Lawyer (the official publication of the Association of Corporate Counsel) and was published by Lexology on 19 August 2020:

As Australia emerges from its Coronavirus shutdown, there is much speculation about whether commercial life will return to the way it was before the pandemic or alternatively, whether a “new normal” has taken hold.

A good deal of that speculation centres on the potential impact to the commercial property industry, amid the prospect of tenants seeking to downsize office space for reasons including that many employees have gained a taste for working from home and now wish to do so on a more regular basis.

On the other side of the coin, many landlords have allowed generous “rent holidays” (or reductions) during the shutdown period but will ultimately be looking to exercise their legal rights if the tenant does not resume paying in accordance with the original terms of the lease.  Of course, where the tenant is a small to medium enterprise significantly impacted by the pandemic, any steps to enforce the original lease will have to await the expiry of the various government-imposed moratoriums and restrictions on landlords (see, for example, Retail and Other Commercial Leases (COVID-19) Regulation 2020 (NSW)).

Notwithstanding the above commercial imperatives, many landlords and tenants are already party to long term leases, which will no doubt lead to some delicate negotiations.  Inevitably, in some instances, those negotiations will prove fruitless and the landlord or tenant will be looking to exit the lease entirely.

All of this means that, despite an abundance of goodwill on both sides, many parties will soon be interested in knowing when and how they can terminate their commercial lease.

A lease is a contract …

The starting point is that a lease is a contract.  In those circumstances, the law applying to termination of contracts applies to leases.  So, what is that law?

In broad terms, there are two potential avenues for terminating a contract prior to the end of the term, namely:

Termination pursuant to the express terms of the contract

In negotiating a contract, many parties choose to include a term which provides that the right to terminate will exist in specified circumstances.

Where they do so, the parties are free to stipulate the circumstances in which the right will arise and whether it will operate in favour of both, or only one, of them.  They may also specify whether the termination provision in the contract is intended to operate alongside the rights to terminate that may arise under the common law or alternatively, is intended to be exhaustive, so that any right to terminate that would otherwise arise under the common law is ousted.

If the express provisions of the contract are not clear in those respects and the matter is litigated, the Court will seek to ascertain the intention of the parties at the time when the contract was formed, based on the objective evidence.

Termination pursuant to the common law

In Australia, the leading authority on the right to terminate a contract under the common law is the decision of the High Court in Koompahtoo Local Aboriginal Land Council v Sanpine Pty Ltd (2007) CLR 115.

In that case, the Court confirmed that, under the common law, a party will have a right to terminate where the other party has:

The Court held that the focus should be on the “kind and degree” of the breach.

Any contract may also contain provisions which set out a “termination regime”; that is, requirements that must be complied with by a party which seeks to exercise a right of termination.  Such requirements may include, for example, a notice period before the termination will become effective and an opportunity during that period to remedy the breach (and in so doing, avoid the contract being terminated).

In relation to leases, however, depending on the grounds for termination, compliance with certain notice requirements may be mandatory where a landlord wishes to exercise a right of termination arising under the express provisions of the lease, even where the lease does not set out a regime to that effect.

In this respect, section 129 of the Conveyancing Act 1919 (NSW) is of critical importance.  In summary, subsection 129(1) provides that a right of re-entry or forfeiture under any provision of a lease shall not be enforceable unless and until the lessor serves on the lessee a notice -

Importantly, the effect of subsection 129(8) is that the above requirements do not apply where the re-entry or forfeiture arises because of non-payment of rent.  That said, there are many occasions where a lessor wishes to rely upon other grounds for terminating (sometimes in addition to non- payment of rent) and will be precluded from doing so if it has not complied with the requirements of the section.

Practical tips: what you should know before you attempt to re-negotiate a lease

In the wave of attempted re-negotiation of leases which will engulf the Australian commercial property sector in the second half of 2020, there will be some instances where, despite the best intentions on both sides, agreement cannot be reached and one or both parties wish to consider terminating.

In those circumstances, before entering into the negotiation, both parties to a commercial lease should know: