The Implied Duty of Co-Operation: A Summary of the Current State of the Law in Australia 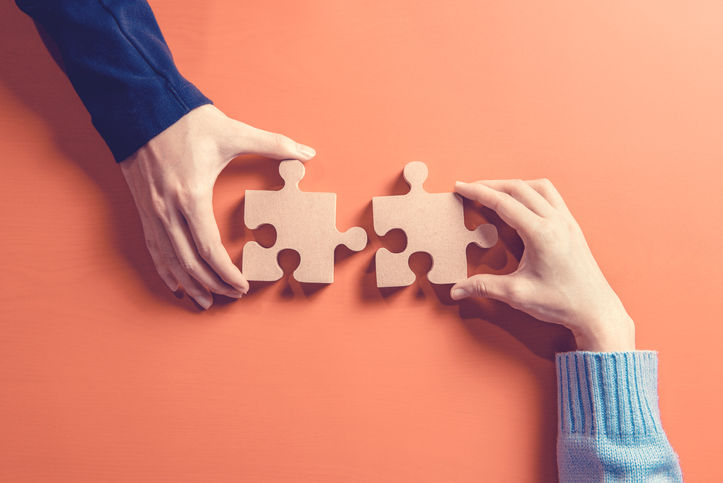 The following article was published by Lexology on 9 September 2021:

In an article published earlier this year, we looked at the circumstances in which an express right to terminate a contract might be constrained by implied duties of reasonableness and good faith: https://www.lexology.com/library/detail.aspx?g=14716112-aa5b-4fc5-bd95-98edac8f0a7b.

A duty of good faith is often confused with a duty of co-operation.  However, while the two can overlap, they are recognised under the law as separate and distinct duties.

Once described as a universal rule of construction, it is now clear that a duty of co-operation is subject to some important limitations.

What is the duty of co-operation?

“It is a general rule applicable to every contract that each party agrees, by implication, to do all such things as are necessary on his part to enable the other party to have the benefit of the contract.”

The above extract (often referred to as the “Butt formula”) is generally regarded as the authoritative formulation of the implied duty of co-operation.

Although the Butt formula expresses the duty of co-operation in the positive, other cases have expressed it in the negative; that is, as a covenant “not to hinder or prevent the fulfilment of the purpose of the express promises” contained in the contract (see, for example, Peters (WA) Ltd v Petersville Ltd (2001) 205 CLR 126, per Gleeson CJ, Gummow, Kirby and Hayne JJ).

What does the duty mean in practice?

The following cases underscore the significance of the implied duty of co-operation, where it is held to exist:

When does the duty apply?

In practice, difficulties may arise for a party seeking to establish that the duty of co-operation is implied.  In particular, the duty is not implied where it would be inconsistent with the express terms of the contract.  Further, where it applies, the duty is limited to those acts which are necessary to securing the performance of “fundamental obligations” under the contract and is also limited by the principle of reasonableness.

The duty of co-operation was at one stage described as a universal rule of construction.  However, recent intermediate appellate authority has described it as a term which may be implied by law, and which must therefore meet the tests for such a term (see, e.g., Adaz Nominees Pty Ltd as trustee for the Rado No 2 Trust v Castleway Pty Ltd as trustee for the Castleway Trust [2020] VSCA 201 at [116]-[118]; Bensons Property Group Pty Ltd v Key Infrastructure Australia Pty Ltd [2021] VSCA 69 at [105]-[108]).

This means that the duty will not be implied where the implication would be inconsistent with the express terms of the contract.  The High Court has held that “care must be exercised in identifying both the content and operation of an implied obligation to co‑operate lest it be at odds with the terms upon which the parties have expressly agreed” (Campbell v Backoffice Investments Pty Ltd [2009] HCA 25; 238 CLR 304 at [168] - special leave to advance the relevant ground was refused, with the majority holding that it was “not a term necessary to give business efficacy to the parties' agreements” (at [170]); see also Alcatel Australia Ltd v Scarcella (1998) 44 NSWLR 349 per Sheller JA, with whom Powell and Beazley JJA agreed, at 368C).

The duty to co-operate is confined to those acts which are necessary to secure the performance of obligations under the contract; that is, “something which the contract requires to happen” (Bell Group NV v Insurance Commission of Western Australia [2017] WASCA 229 at [113]; see also New Standard Energy PEL 570 Pty Ltd v Outback Energy Hunter Pty Ltd [2019] SASCFC 132 at [130]).

The case authorities suggest that this requirement is not satisfied easily.  In some instances, an obligation under the contract exists, but there is no act which is necessary to the performance of that obligation.  For example, there might be more than one way of performing the obligation, such that the (alleged) defaulting party’s conduct does not actually prevent it.

“It is easy to imply a duty to co-operate in the doing of acts which are necessary to the performance by the parties or by one of the parties of fundamental obligations under the contract. It is not quite so easy to make the implication when the acts in question are necessary to entitle the other contracting party to a benefit under the contract but are not essential to the performance of that party’s obligations and are not fundamental to the contract. Then the question arises whether the contract imposes a duty to co-operate on the first party or whether it leaves him at liberty to decide for himself whether the acts shall be done, even if the consequence of his decision is to disentitle the other party to a benefit. In such a case, the correct interpretation of the contract depends, as it seems to me, not so much on the application of the general rule of construction as on the intention of the parties as manifested by the contract itself.”

“What was required under the 1 December 2009 arrangement was that all future repayments be made on time.  It was not fundamental to the performance of this obligation that the payments be made by direct debit, although it is clear that that mode of payment is what was contemplated by the parties.”

Taking the analysis one step further, where there is no underlying contractual promise, a party will not be in breach of an implied duty to co-operate, even if its actions tend to destroy the subject matter of the agreement.  The following three cases illustrate this point:

The requirement of reasonableness

Even where a duty of co-operation is found to exist, it is subject to the principle of reasonableness.  For example, in Secured Income Real Estate (see above), refusal of Secured’s offer to take the lease of unlet building spaces was held to be reasonable, due to justifiable apprehension as to the financial capacity of Secured to perform the obligations of the intended lease.

Further, the duty of co-operation cannot be used as a mechanism for alleviating “hard, even harsh or unconscionable” contractual provisions: Council of the City of Sydney v Goldspar Australia Ltd [2006] FCA 472 at [162].  In that case, Gyles J also found (at [162]) that the “duty of co-operation does not extend to being nice or even reasonable to the other party”.

So, what should commercial parties be aware of in relation to the implied duty of co-operation?

The present state of the law in Australia is that a duty of co-operation is not implied in all commercial contracts. Rather, the duty is implied only where it meets the usual tests for an implied term, including that is not inconsistent with the express terms of the contract.

Where it exists, the duty applies only to acts which are necessary to securing the performance of fundamental obligations under the contract and which are reasonable.

That said, the duty can in some instances be a powerful supplement to the express terms of a contract, in ensuring that a commercial party is not denied the benefit for which it contracted, by the actions of the other party.