Frustrated or Only Frustrating? Whether a commercial lessee can argue that their lease has been frustrated due to Covid-19 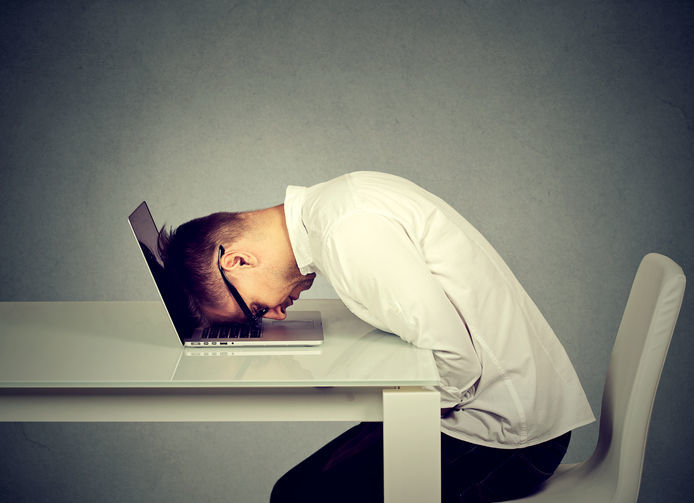 The following article was published by Lexology on 24 September 2020:

In a recent article, I looked at the circumstances in which a party will be entitled to terminate a commercial lease, either under an express provision of the lease or under the common law: see https://www.buchananrees.com/blog/if-there-is-a-new-normal-does-that-mean-you-can-terminate-your-commercial-lease.

The purpose of this article is to examine the related concept of when a contract (including a lease) is terminated pursuant to the doctrine of frustration.

When is a contract frustrated?

The law holds that a contract is frustrated when events take place after the contract is entered into which make it pointless, impossible or significantly more difficult for a party to comply with its obligations under the contract.

It is clear from the case authorities that a contract will be frustrated only if the circumstances are fundamentally or radically different from those anticipated by the parties at the time of entering into the contract.  As Lord Radcliffe said in Davis Contractors Ltd v Fareham Urban District Council [1956] AC 696, at 729:

"[F]rustration occurs whenever the law recognises that without default of either party a contractual obligation has become      incapable of being performed because the circumstances in which performance is called for would render it a thing radically different from that which was undertaken by the contract. Non haec in foedera veni. It was not this that I promised to do."

It follows that Australian courts will not lightly make a finding that a contact has been frustrated.   Indeed, the starting point in the analysis is that all contracts involve unqualified promises to which the parties should be held, notwithstanding that the future is unknown and there is a risk that the circumstances prevailing at the time of the contract will later change.  In Ross v IceTV [2010] NSWCA 272, Sackville AJA (with whom McColl and Macfarlan JJA) agreed) put it this way:

“As Viscount Simonds observed in Davis Contractors (at 715), disappointed expectations do not lead to frustrated contracts. The appellants’ frustration argument must be rejected.”

There are certain restrictions on the doctrine of frustration which should also be borne in mind.  One of those is that where a party has assumed the risk of a certain event (either expressly or by implication), it cannot then rely upon the event as the basis for a contention that the contract has been frustrated.  Another is that a party cannot rely upon circumstances brought about by its own breach of contract as the basis for establishing frustration.

What is the effect where a contract is frustrated?

A distinction can be drawn between the effect of frustration, on the one hand, and the exercise of a right of termination (arising either under the express terms of the contract or under the common law), on the other.

In the latter instance, the right to terminate is a right of election and the party which has that right may decide whether or not it wishes to exercise the right and in so doing, bring the contract to an end.

Termination by frustration, however, is not a matter for election by a party.  Where frustration is established, the legal effect is that the contract is terminated by operation of law.  That said, frustration usually becomes relevant only because one of the parties seeks to rely upon the doctrine in legal proceedings (often in response to an allegation that it has breached the contract).

The effect of frustration is to terminate the contract but not to extinguish rights which have already accrued before that termination.  However, in several Australian jurisdictions (NSW, Victoria and South Australia), there is legislation which modifies the common law rights of the parties in the event of frustration (see Frustrated Contracts Act 1978 (NSW); Australian Consumer Law and Fair Trading Act 2012 (Vic); Frustrated Contracts Act 1988 (SA)).  For present purposes, what is important is that, with some minor exceptions in Victoria, the legislation does not deal with the circumstances which will be held to constitute frustration but only addresses the consequences where a contract has been frustrated.

What about force majeure clauses?

A force majeure clause is, in substance, an express contractual provision under which the parties provide for termination (or lesser consequences) if events subsequent to the contract being made affect their performance of the contract.  Such a clause will typically specify the circumstances in which it will apply and the effect of those circumstances on the obligations of the parties.

Where a force majeure clause is triggered, it is the clause itself (and not the common law doctrine of frustration) which determines the legal consequences.

One common way in which a force majeure clause may differ from the common law position is that such a clause will often have the result that the obligation to perform the contract is merely suspended while the supervening event continues, rather than the contract being terminated as it would be under the doctrine of frustration.

How does this all relate to commercial leases and Covid-19?

Most commercial leases do not contain a force majeure clause.  However, where such a clause is present, the wording of the clause itself will determine:

Absent such a clause, the question in determining whether a lease has been frustrated by Covid-19 is whether the pandemic has brought about circumstances fundamentally or radically different from those anticipated by the parties at the time of entering into the lease.

A lessee suffering financial hardship due to a loss of revenue may well argue that the parties did not contemplate that a pandemic would occur and would have such a detrimental impact on the lessee’s financial position.  Indeed, there is case law which confirms that a change in the ability of the parties to achieve the commercial purpose of the contract can amount to a “fundamentally or radically different” set of circumstances for the purposes of determining whether a contract has been frustrated (see, e.g., Brisbane CC v Group Projects Pty Ltd (1979) 145 CLR 143; Ardee Pty Ltd v Collex Pty Ltd [2001] NSWSC 826).

On the other hand, a lessor is likely to contend that:

While one may have some sympathy for the lessee’s position, a lessee seeking to establish that a lease had been frustrated would bear a heavy onus.  Some earlier case law provides a guide as to just how heavy it would be.

In relation to the contention that the leases had been frustrated, the West Australian Court of Appeal said (at [68]) (emphasis added):

“The cases in which the doctrine of frustration could properly be applied to leases are extremely rare (National Carriers Ltd v Panalpina (Northern) Ltd [1981] AC 675 at 688 - 689 per Lord Hailsham). One reason for the rarity is that a lease is more than a contract, it conveys an estate in land. Thus, in many instances, frustration of leases will not occur because the tenant will still have that which he or she bargained for, namely, the leasehold estate - particularly when it has considerable value. In that event, the tenant would be "left with something he could use" (per Lord Wilberforce in National Carriers Ltd v Panalpina (Northern) Ltd at 694). Of course, that would not be so when the estate is "unusable and unsaleable" (per Lord Wilberforce at 695).”

Of course, each case turns on its own facts and if a lessee has not only suffered a “hit” to its revenue due to Covid-19 but has also been denied the opportunity to operate from the premises (e.g., due to a mandatory shutdown of the relevant type of business), its argument that the lease has been frustrated may be stronger, depending on the length of time for which it was denied the opportunity to operate.

For completeness (and as stated in the previous article referred to above), where the lessee is a small to medium enterprise significantly impacted by the pandemic, any steps by the lessor to enforce the terms of the lease will have to await the expiry of the various government-imposed moratoriums and restrictions (see, for example, Retail and Other Commercial Leases (COVID-19) Regulation 2020 (NSW)).