So You’ve Received a Section 19 Notice from ASIC ... What Happens Next? 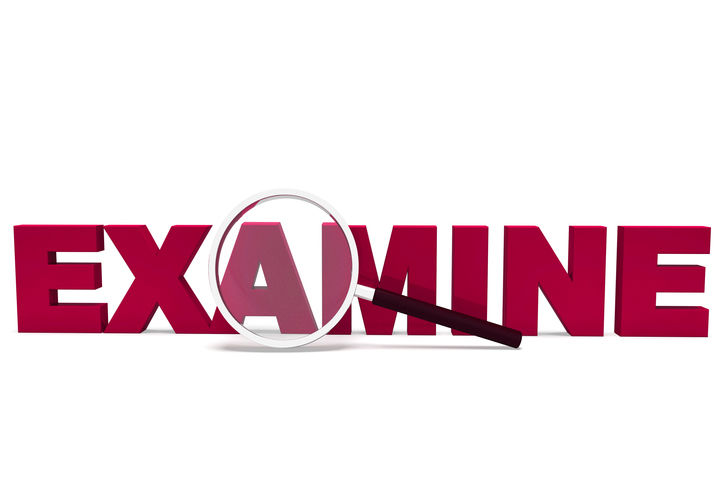 The following article was published by Lexology on 11 August 2020:

It is only 2 years since it seemed the whole of the Australian business community was consumed by the Royal Commission into Misconduct in the Banking, Superannuation and Financial Services Industry.  Indeed, it is only 18 months since the Commissioner, The Honourable Kenneth Hayne AC QC, submitted his final report to the Governor-General on 1 February 2019.

In the intervening period, a lot has happened to distract public attention away from the findings of the Royal Commission.  That said, the Australian Securities and Investments Commission (ASIC) continues with various investigations into conduct in the financial services industry, much of which was the focus of attention in the Royal Commission.

In those circumstances, numerous officers and employees of companies operating in the financial services sector have been required to appear before ASIC for examination in the relatively recent past and it is highly likely that many more will be subjected to the same requirement in the future.

If you receive a notice from ASIC requiring you to appear for examination, it is important that you are prepared for what happens next.

The power to require a person to appear for examination

ASIC’s power to require a person to appear for examination is derived from section 19 of the Australian Securities and Investments Commission Act 2001 (Cth) (ASIC Act), which provides:

(1)              This section applies where ASIC, on reasonable grounds, suspects or believes that a person can give information relevant to a matter that it is investigating, or is to investigate, under Division 1.

(a)    to give to ASIC all reasonable assistance in connection with the investigation; and

(b)    to appear before a specified member or staff member for examination on oath and to answer questions.

The reference to Division 1 is a reference to sections 13 -18 of the ASIC Act, which are very broad in their scope.

Requirements for a notice under section 19

As will be clear from the above, the legislation sets out certain requirements with which a notice under section 19 of the ASIC Act must comply.

The first key requirement is that the notice must state the general nature of the matter in respect of which ASIC suspects or believes that the recipient of the notice can give information.

ASIC usually does this by stating, in the notice:

The second key requirement is that the notice must set out the effect of subsection 23(1) and section 68 of the ASIC Act.

Section 23(1) deals with the examinee’s right to have a lawyer present at the examination, while section 68 deals with the privilege against self-incrimination.  Both sections are discussed further below.

What are the rights and obligations of the examinee?

The right to have a lawyer present

(1)               The examinee’s lawyer may be present at the examination and may, at such times during it as the inspector determines:

about matters about which the inspector has examined the examinee.

It is important to note that it will usually be appropriate (and ASIC will usually insist) that, where the conduct of a company is under investigation by ASIC, any individual officer or employee who is examined by ASIC under section 19 is not represented by the same lawyer (or the same firm of lawyers) as that representing the company.

The right for the examinee’s lawyer to examine the examinee is similar to the right of re-examination in a Court hearing.  It means that the lawyer can ask questions of the examinee which are designed to elicit further explanation in respect of any answers given by the examinee to ASIC which the lawyer perceives to be open to misinterpretation.

Consistently with section 21(1) of the ASIC Act, an examinee is required to take an oath or affirmation.  This means that knowingly making a false statement in the examination can amount to a serious criminal offence (by way of example, in New South Wales, perjury carries a maximum penalty of 10 years imprisonment under section 327 of the Crimes Act 1900).

Further, the ASIC Act itself contains various offences relevant to examinations under section 19 which are punishable by imprisonment, including:

Some of the relevant offences contain a carve-out that they do not apply “to the extent that the person has a reasonable excuse”.

The privilege against self-incrimination

The fact that the answer to a question might tend to incriminate the person or make the person liable to a penalty is not a reasonable excuse for a person failing or refusing to answer a question asked in an examination under section 19 (section 68(1) of the ASIC Act).

However, if, before answering a question, the examinee claims that the answer might tend to incriminate them or make them liable to a penalty, then the answer is not admissible in evidence against the person in:

(b)    a proceeding for the imposition of a penalty,

other than a proceeding concerning whether their answer was false (sections 68(2) and (3) of the ASIC Act).

In practice, the way in which this protection is claimed is by the examinee saying the word “privilege” before answering the question.  Because that cannot be done once in a “blanket” way so as to cover all answers given during the examination, this has led to a situation in which most examinees say the word “privilege” immediately prior to every answer they give during an examination.  Indeed, in complying with the requirement to set out the effect of section 68, ASIC usually makes it clear in Explanatory Notes accompanying a notice under section 19 that this is how the protection is to be claimed.

ASIC accepts that it is a reasonable excuse for a person not providing information in response to a question if the information is covered by legal professional privilege.  A statement to that effect will usually be contained in the Explanatory Notes accompanying a notice under section 19.

That position is consistent with the decision of the High Court in Daniels Corp International Pty Ltd v Australian Competition and Consumer Commission (2002) 213 CLR 543; (2002) 192 ALR 561.  In that case, it was held that statutory provisions are not to be construed as abrogating important common law rights, privileges and immunities (including legal professional privilege) in the absence of clear words or a necessary implication.

In practice, there are 3 ways in which legal professional privilege can become relevant in an examination under section 19, namely where:

The Explanatory Notes accompanying a notice under section 19 will usually:

Of course, in the context of an examination under section 19, ASIC is simultaneously in the position of cross- examiner (asking the questions of the examinee) and Judge (ruling on any objections to those questions).  That said, it can be expected that ASIC will generally be circumspect about encroaching on matters the subject of legal professional privilege.

Further, even if an examinee is compelled to answer a question after claiming that the answer is covered by legal professional privilege, it is still better to have made the claim for privilege than not.  That is because the claim for privilege will be recorded in a transcript of the examination and, if the Judge in any litigation commenced following ASIC’s investigation considers that the privilege was properly claimed, he or she may decide on that basis that the relevant answer given during the examination ought not be admitted into evidence.

Under section 22 of the ASIC Act, an examination must take place in private.  The examinee may be directed not to discuss any of the questions asked or answers given with any person (other than their lawyer) for a specified period after the examination.

A breach of this requirement can also amount to an offence.

Section 24 of the ASIC Act provides that an inspector may (and must, if the examinee so requests) cause a record to be made of the examination.  In practice, almost invariably, a transcript is prepared.

It is usual for the examinee to be:

While a failure to do so can amount to a criminal offence, it is important the examinee does not sign the transcript without reading it thoroughly and correcting any errors of substance (e.g., where an answer given by the examinee has not been transcribed correctly).

Once that has occurred, there is often nothing more for the examinee to do but await the outcome of ASIC’s investigation.